What Is the Cryptocurrency That Is Truly Anonymous? 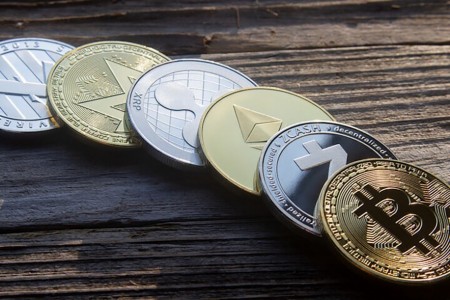 Do you believe that Bitcoin is the world’s most private crypto-coin? Unfortunately, this is not the truth at all. So what is?

There are several cryptocurrencies specifically designed for anonymous transactions. This article will help you better understand the characteristics that make a cryptocurrency anonymous.

At first, people believed Bitcoin to be an anonymous cryptocurrency. As more people learned about Blockchain technology, it became clear that the exact opposite is true.

Researchers and authorities may find needed information about each transaction on the public blockchain of Bitcoin. The balance of your wallet may be viewed by anybody who knows your Bitcoin wallet’s address. It is also possible to find information on each transaction performed using this wallet.

The above-mentioned idea is great for non-profits, governments, and other public bodies where openness is necessary, but it is insufficient for companies and people who deserve their financial privacy.

As a result, many interested in cryptocurrencies and privacy began to look into ways to make Bitcoin anonymous.

What characteristics would make Bitcoin anonymous, then?

First of all, neither the sender nor the receiver should be identified, and the entire amount of the transaction should never be made public. Unfortunately, the blockchain for Bitcoin makes this information available to anyone who knows your wallet address.

An anonymous cryptocurrency should also include a technique for mixing transactions based on, which is impossible to tell which sender sent a certain payment.

Users of Bitcoin use Bitcoin mixers or Bitcoin wallets with built-in mixers to do this. Sadly, with the different levels of success.

Last but not least, a genuinely anonymous coin should shield the sender’s and receiver’s IP addresses. Unfortunately, Bitcoin is not an exception to this. Therefore, Bitcoin users must employ technologies that degrade the user experience, such as VPNs and anonymous Bitcoin wallets. Unfortunately, significant modifications to the Bitcoin protocol would be necessary to implement the aforementioned privacy features.

Numerous privacy-focused cryptocurrencies have emerged as a result of the conservative nature of the Bitcoin ecosystem.

Most likely, if someone asked you which cryptocurrency is anonymous, you’d respond with Dash, Zcash, and Monero. There are more than 70 anonymous cryptocurrency tokens, yet these three are at the top of the list of the greatest privacy cryptocurrencies. The majority of them were created during the crypto boom and currently have very low market value and use.

The Most Untraceable Cryptocurrencies

With such a long list of anonymous cryptocurrency currencies, Monero is without a doubt the greatest one. Monero offers a variety of cutting-edge cryptography methods to achieve true anonymity.

The anonymity of Monero has been validated by Jerek Jakubcek, a strategic expert for Europol. Mr. Jakubcek during the Blockchain Alliance webinar explained that Monero transactions could not be tracked or recorded, mentioning Monero’s Blockchain as the endpoint of several conducted investigations.

We were unable to locate the funds because the suspect combined Tor and Monero. The IP addresses were not traceable. Consequently, we have reached the road’s end. — Jerek Jakubcek, Europol’s Strategic Analyst

What exactly makes cryptocurrency Monero the most private?

Monero’s rise to prominence as a leading anonymous cryptocurrency was not caused by only one factor. Instead, Monero uses many techniques to provide the highest level of anonymity.

The majority of cryptocurrency transactions are open to the public. However, Monero uses enforced privacy for all transactions to ensure that no user can be identified, either knowingly or unknowingly.

Address re-use is one of the most common privacy problems with cryptocurrency. When you receive several payments at the same wallet address, anyone can easily keep track of your balance and transaction history. To prevent this, for Monero senders a one-time, non-reusable Stealth address is generated from the recipient’s public address.

Additionally, Monero uses so-called Ring confidential transactions to obfuscate the amount transferred in each transaction. By using this protocol, only the sender and receiver are aware of the amount that has been transferred.

Additionally, Ring Signatures, a technique used by Monero, is used to combine transactions. When money is sent, it is sent in a ring with other like-sized transactions that are chosen at random.

Real individuals, Bots, and Mixins are all involved in these transactions. Ring Signatures make it impossible to identify the sender of a certain transaction.

The future privacy breakthrough that is being developed only for Monero will use the open-source IP address concealment system Kovri. Once it is officially introduced, Monero will unquestionably surpass other cryptocurrencies in terms of anonymity.

Truth be told, Bitcoin is the most dependable and well-liked cryptocurrency of all time. But, there are dozens more privacy-focused currencies available, and using those would be far more sensible.

How can Bitcoin regain its lost anonymity, then?

So, how to make Bitcoin anonymous? You can exchange Bitcoin for Monero and no one can longer track your money once you convert it to Monero. You can turn Monero back to new, untraceable Bitcoins with no reference to its history. Using an anonymous bitcoin exchange, you can carry out the aforementioned manually.

Unfortunately, the number of exchanges that offer truly anonymous cryptocurrencies is constantly dwindling as the cryptocurrency industry becomes more and more regulated. However, the extra trouble is still worthwhile if you want privacy.