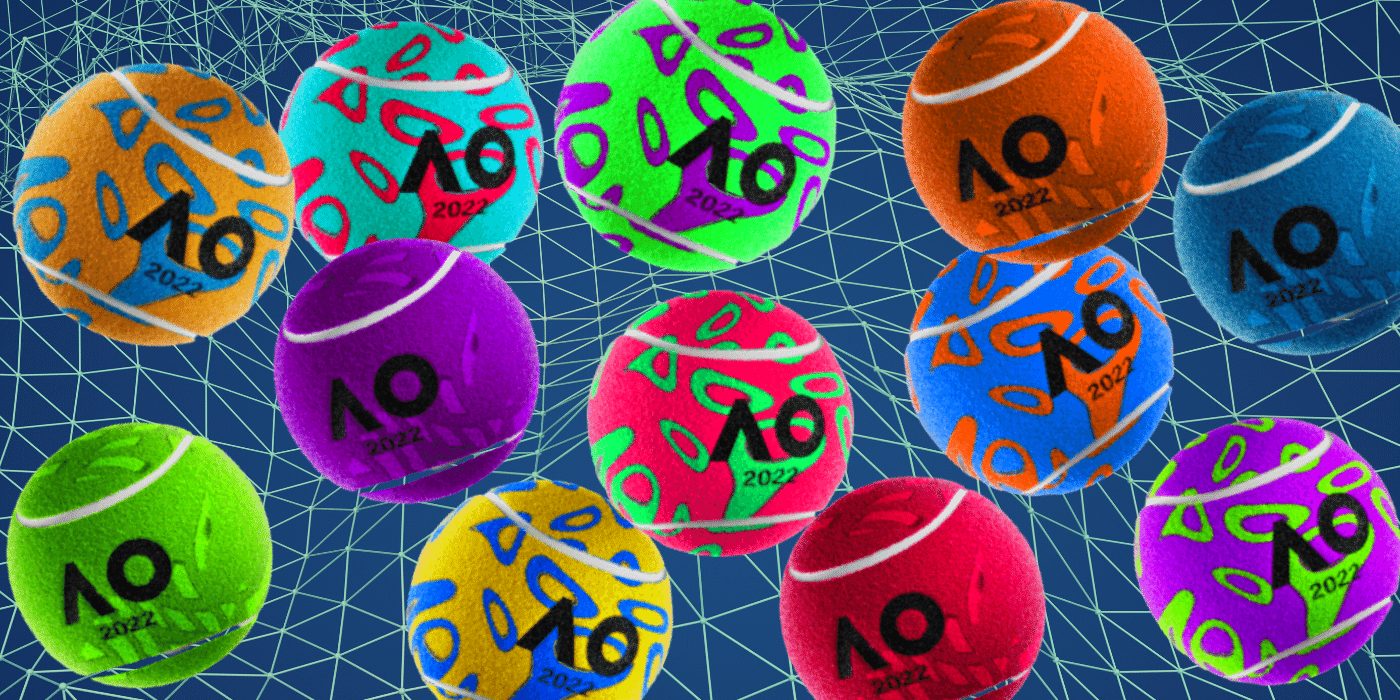 The Australian Open Metaverse, in partnership with Melbourne Web3 studio ‘Run it Wild’, has won the first Cannes Lions award for an NFT metaverse project in the entertainment category for sports, in this instance the annual Australian Open Grand Slam tennis tournament held in Melbourne in January.

The AO Metaverse project was also awarded a Bronze Lion for “most innovative use of tech and platforms in sports” for its AO Artball, a unique feature that utilised match data from the actual tournament.

How the AO Artball Worked

To create the AO Artball feature, the match court was split into 6,776 squares, each corresponding to a tennis ball NFT. These NFTs would change based on exactly where winning points were scored during the tournament.

Since crowd numbers were affected by Covid lockdowns and many fans were unable to attend in person, the joint creative team built a replica of the Melbourne Park tennis precinct in Decentraland, where people could watch matches and interact with each other in real time.

Fans attending matches in the metaverse had the chance to buy an AO Art Ball NFT linked to a specific spot on centre court that marked the winning shot of both the men’s and women’s championships, along with all other finals matches in the tournament. The project proved such a success that the value of a single championship NFT (the men’s, won by Rafael Nadal) soared 4000 percent.

The Cannes Lions Awards, a global advertising benchmark, is one of the world’s most respected for creative excellence. Companies from over 90 countries enter more than 30,000 pieces and are judged by members of the international creative community. The sole purpose of the awards is to recognise the best work that pushes not just one business, but an entire industry forward.

Adam De Cata, CEO of NFT Tech and founder of Run It Wild, had this to say in response to the award shared with the AO Metaverse:

There’s something truly beautiful when creative, data and technology meet. Having the faith and support of the AO, it’s been a crazy ride pushing the limits of creative and technological possibilities, elevating those we work with.

De Cata added: “Accepting this award in the same category as major brands like Adidas, Nike, and Samsung reinforces the power of Web3 and its possibilities.”

Join in the conversation on this article’s Twitter thread.

Disclaimer:
The content and views expressed in the articles are those of the original authors own and are not necessarily the views of Crypto News. We do actively check all our content for accuracy to help protect our readers. This article content and links to external third-parties is included for information and entertainment purposes. It is not financial advice. Please do your own research before participating.