Treasury Slated to Move Into the Hands of ANT Token Holders 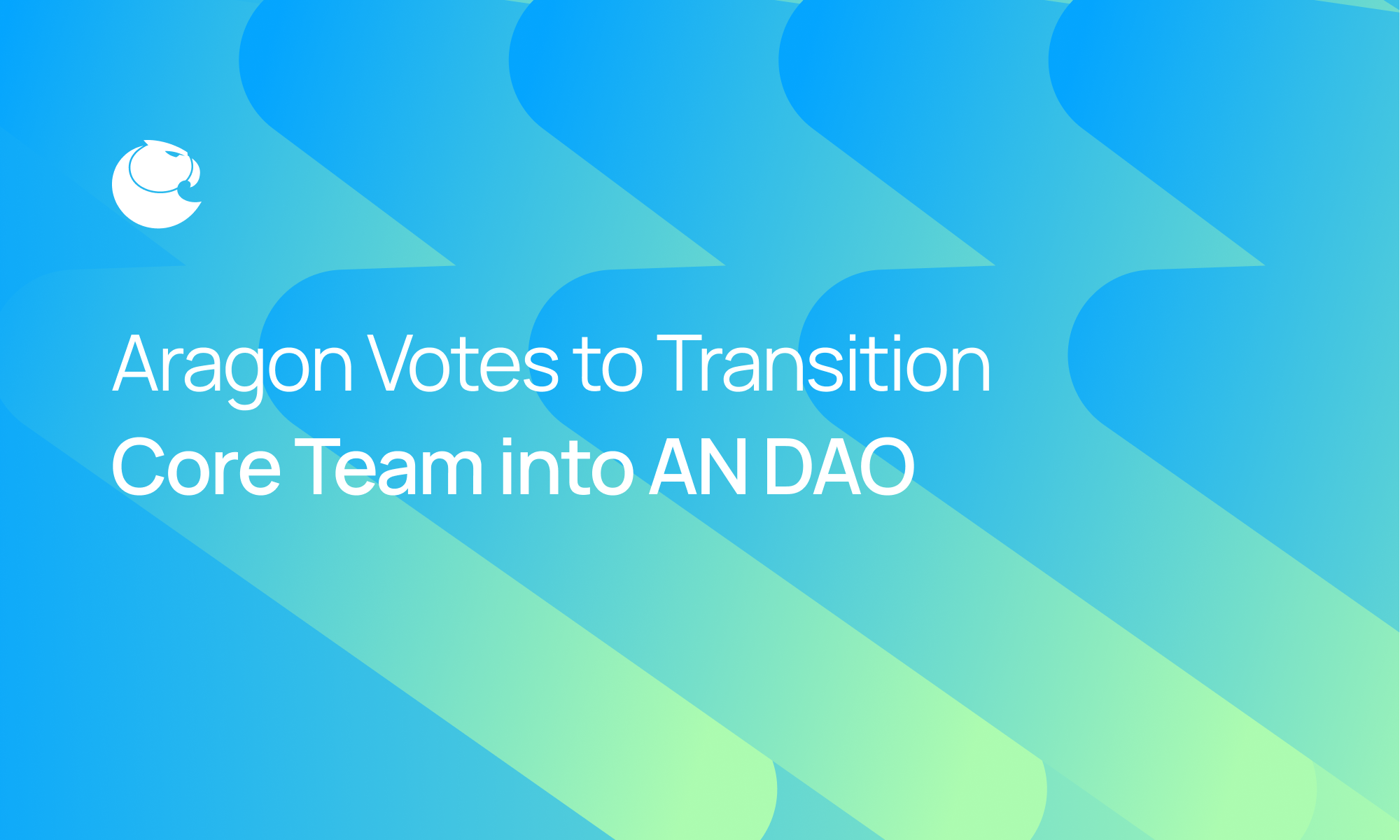 From its inception in 2017, Aragon was always meant to become a DAO. Being among the first to build decentralized governance infrastructure, the technology wasn’t there to form the organization as a DAO from the ground up. It’s time for us to live up to our original intent and vision and shed our traditional organization layer.

On 17 June 2022, ANT holders voted to move the treasury into the AN DAO. Since 2017, the treasury has been held and managed by the Aragon committee members, who make up the board of the nonprofit Aragon Association. Employees have until February 2023 to transition their role into the DAO.

Now, our goal is to transfer the treasury of the Aragon Association to the DAO by the 30th of November 2022 under a delegate structure.

We plan to use the best delegate voting tools on the market. The tools can be built atop the AragonOS or separately: our goal is to collaborate with the ecosystem to build the best voting structure for Aragon.

We invite teams to propose their technology for delegated voting. Tech has to have been audited previously. Proposals to build our tech stack can be directed to the Aragon Forum.

What does this mean for the Aragon treasury?

The Aragon community will be working on building the safest, most effective DAO structure to run the Aragon network. Right now, this involves a plan for delegated voting as well as other initiatives. Catch up on the Aragon forum.

What is the state of the treasury now?

The treasury is still in the hands of the Aragon Committee, which includes co-founders Luis Cuende and Jorge Izqurierdo, as well as early investors Joe Charlesworth, Jordi Baylina, and Stefano Bernardi.

When will the treasury be moved to the DAO?

The move is slated for November 30th, as long as the tech is safe to deploy. The time delay is because of the legal and technical considerations of moving the funds. We’ll make an announcement as soon as funds are moved.

Both will be dissolved, and employees will transition their roles and operations into the DAO.

Subscribe to our new weekly newsletter, The Eagle, which covers all developments in the Aragon Network. Stay up-to-date with upcoming votes and results there.