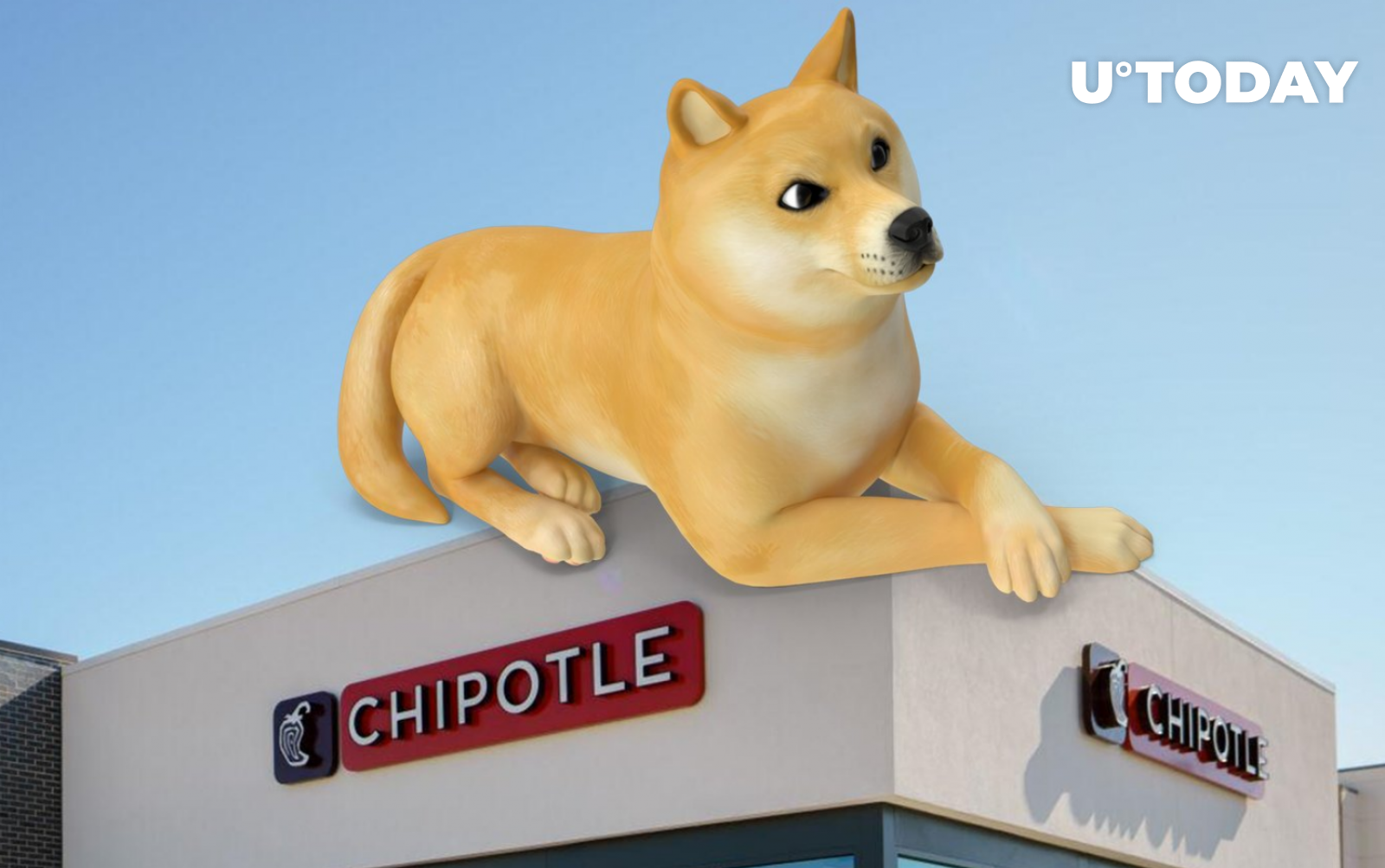 Major brands continue to use Dogecoin in order to drive engagement, with Chipotle tweeting a ludicrous picture that shows a Shiba Inu dog taking over its restaurant

Fast-casual restaurant Chipotle has posted a picture with a giant Shiba Inu dog on top of one of its restaurants in an apparent reference to meme cryptocurrency Dogecoin.

The whimsical picture attracted plenty of attention on Twitter because of the fans of the largest canine coin.

As reported by U.Today, Chipotle recently announced that it would give away roughly $200,000 worth of cryptocurrencies as part of its new promotional campaign. Dogecoin fans can win up to $3,000 in their favorite cryptocurrencies until Saturday. On Sunday, $11,250 worth of DOGE will be up for grabs.

The Denver, Colorado-based company started accepting Dogecoin, Shiba Inu, and a bunch of other cryptocurrencies in early June.

Other major companies have also attempted to capitalize on the canine craze, which took over the investment world in 2021. Unilever-owned Axe has already organized two Dogecoin-themed giveaways.

Even high-end brands are not shying away from canine coins. In early May, Gucci started accepting Dogecoin and Shiba Inu alongside other major cryptocurrencies.