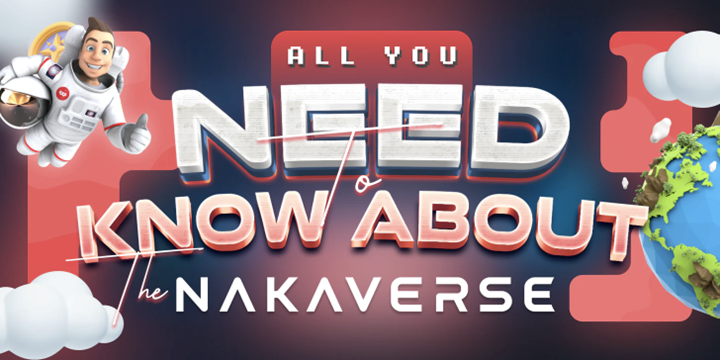 Nakamoto Games, the world’s leading play-to-earn gaming ecosystem, has relentlessly continued the build-out of its platform and social communities while expanding its cross-platform integrations and user services as part of laying the groundwork for the NAKAVERSE – the $NAKA-powered metaverse of the future.

Within six short months of going live on the mainnet, Nakamoto Games has exponentially grown its social presence, added almost two dozen blockchain-based play-to-earn gaming titles, and initiated research into a dollar-pegged stablecoin called $USP. The development team also has many new titles in the works, including Tank Battle, 8 Ball Pool, and Escape, all of which are part of CEO Tor’s plan of releasing 100 new titles this year across the genres of racing, action, puzzle games, quests, RPGs, first-person shooters, and more.

The project also has new fiat and Web3 wallet integrations going live, useful integrations with BitMart and BNB Chain that will expand the reach of the $NAKA token, as well as strategic partnerships with Maker DAO for token staking, indie game development studios, universities, and blockchain developers.

In this way, Nakamoto Games has slowly put the right pieces of the puzzle together to deliver the best, most effective, and a truly value-creating platform at the disposal of gamers around the world. More so, it has consistently released new earning campaigns and prize pools for its players. This has helped build its user base, expand offerings, and grow its global footprint ahead of the unveiling of the NAKAVERSE at the end of the year.

Commenting on these developments, CEO Tor said: “There are almost too many forefronts of development to cover when it comes to the NAKAVERSE – it is the culmination of all of our efforts and will represent a new era in blockchain-based play-to-earn gaming. From our NFT-based smart contracts to Web3 integrations with Metamask and our global expansion via new titles, user-focused services, support for fiat currencies, developer-friendly SDKs, useful search and index tools for NFTs, and so much more, the NAKAVERSE remains at the forefront of our vision. With the deflationary design of $NAKA, our successful IDO land sale, new titles coming out every few weeks, a new and transparent community newsletter, company growth despite the crypto winter, and an upcoming algorithmic stable coin, we have all of the pieces in place to make the unveiling of the NAKAVERSE a truly momentous and industry-redefining event.”

At present, Nakamoto Games’ designers are planning for Phase 3 of the NAKAVERSE and are building a world-class frontend and implementing its smart contracts. There will also be an NFT/asset indexer and search tool for the NAKAVERSE with price and payment calculators to simplify interactions. It will have a safe and convenient “login with wallet” feature and a system for minting NFT buildings and rendering in-world properties such as energy farms and homes to create a flourishing, self-contained ecosystem.

Other efforts have included land parcel sales that were held in April of this year, as well as the development of many fun jobs, tasks, and capabilities within the NAKAVERSE. These features and functions will deliver a truly immersive virtual world that players can interact with while interacting with each other.

There are still several months until the release of the NAKAVERSE. However, based on the ongoing developments at Nakamoto Games, the platform will be in good shape to unveil its unique metaverse at the end of the year.